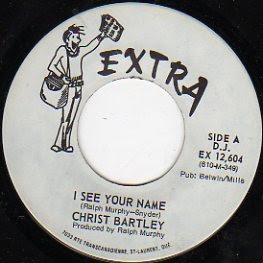 
New arrangements and deadlines at Manifesto mean that I have to make comment on previous editions from the one before last – and perhaps I’m losing my mojo because I can’t find much to carp about at all. One or two points worthy of deliberation cropped up in the June issue however….
Having published and distributed no less than seven books of various kinds, I could tell Keith Rylatt a thing or two about the book business. This isn’t the time or the place to deliver a sermon on turning the printed word into pounds, shillings and pence, but I do know that every year sees hundreds, if not thousands, of highly commendable specialist books printed (and presumably a number of poor ones as well). In almost every instance the author or publisher is, rightly or wrongly, bursting with pride at his or her achievement and can see little beyond the assumption that many people will want to own it (mostly, some books are so specialist that even the most blinkered writer could not assume good sales). The problem is that, as far as the book distribution trade is concerned, this situation has been seen countless times before and unless you are writing about wine, Katie Price or the Beatles then your book about soul or zoos or trams or ….whatever is just one of many markets they don’t really comprehend or want to. This leaves the specialist going directly to a market they know, or hope they know. Even then, in an internet age where many do not need paper or in a recession where money is tight, there are some potential customers who consider £20 or more for a book to be an unnecessary expense. That Detroit doesn’t really care about its own musical heritage doesn’t surprise me, in some ways the very essence of the UK rare soul scene was conceived amongst dusty, not-so-old 45s that had been rejected and left, unloved, on shelves and boxes. Perhaps that is the reason why Americans considered that ‘Groovesville USA’ should be re-written for their consumption – in short they don’t really get it and never have.

Richard Searling’s ‘Top 50 of The 1980s’ came out of nowhere just idling away on page 6 in June’s Manifesto. Whilst not disagreeing that there are a half century of solid soul winners in the Hotspur’s choice, I was surprised to see a definite lack of rarer records and a fair dismissal of the 80s trend for so-called ‘indies’, the small label sevens that became rather a buoyant collector’s scene at one time providing an important dimension for the re-launch of the modern scene in the later part of the decade (together with crossover). My own personal choice would have turned to more southern-orientated records I’m sure and whilst there isn’t the space (or time to be honest) to go into a top 50 of my own now (perhaps later) I would have gone for Frankie Saunders ‘Blues Time in Birmingham’ (Sho Me), Sam Dees ‘After All’ (Pen Pad 12”), Carl Sims ‘Seventeen Days of Loving’ (Edge), Willie Johnson ‘What I’m Going To Do (Without Your Love)’ (Savannah Int), Otis Clay ‘The Only Way Is Up’ (Echo), David Sea ‘Angel’ (Hy-Tyde), Z.Z. Hill ‘Cheating In The Next Room’ (Malaco) and on and on and on. Viva la difference.

I recently picked up a copy of Adam’s Apples ‘Don’t Take It Out On This World’ on Canadian Brunswick. A rare record on US label this must have sold to one man and his dog north of the border. A surprising number of Northern Soul items gained a Canadian release, many on labels such as Apex or Reo and an odd one or two are even different takes such as Helen Troy on Kapp or the reissue of R. Dean Taylor’s ‘Let’s Go Somewhere’ on Tamla Motown. Just like the UK, Canada had its own native soul recording too, perhaps not as profligate as this country (Detroit, for instance, is only a five hour drive from Toronto) and sometimes utilizing American artists in any case. Given that my long-time associate Martin Koppel has been permanently based in Canada for almost 40 years many releases have come our way – perhaps even more surprising are those that haven’t and I’ll start a little look at a few Canadian releases with one of these, and probably the most legendary of them all.

Pat Hervey is a white Canadian artist (still alive to this day) often likened to Brenda Lee but who occasionally veered towards black music (apparently she recorded a version of Mitty Collier’s ‘Pain’ that I’ve yet to hear). By the later 60s, she was signed to Stan Klees’ Red Leaf label (which has a Northern sound by the Charmaines on it). Nothing came of her time with the label and this Toronto artist moved to Vancouver in 1969. Before doing this, she did a moonlight session as part of a one-off girl group THE TIARAS with a release on Op-Art which sank out of sight immediately. That Hervey was signed to another label hardly helped matters, rather like Dennis Edwards on International Soulville I suppose. And that was that until my one-time apprentice Andy Dyson turned a copy of the Op-Art single up about 8 or 9 years ago, duly reporting to my office with said vinyl for sale. The record was entitled ‘Surprise’ and was coupled with ‘Foolish Girl’. To be honest on the day the tracks seemed a little lightweight and I refused the offer of the disc. I thought little more about it and didn’t realise that, months later, Butch’s ‘Belita Woods’ cover-up and ‘Surprise’ cover-up (by whom I can’t remember, probably the ‘Del Larks’ knowing him) were the coupling I was previously offered. Since that time brother Dyson came up 4 more copies – all from the same source and as it happened, a source known to Martin Koppel. No more copies have been located and the record’s Canadian origins will surely ensure that it will remain very rare indeed.

The oddest episode in Canadian Soul must surely be the Right On! label. Utilising the exact artwork of Dave Godin’s UK label, the Canadian imprint appears to plagiarise its British counterpart; for instance there is a release by AC/DC Soulful Symphony (Godin was a well-known gay person) also one by the Ad Libs (‘The Boy From New York City’ was an all-time Godin favourite) but it isn’t the Ad Libs!

Another Godin rave was Dolly Gilmore’s ‘Sweet Sweet Baby’ on the Orlando label Dove – and what do we have on Canadian Right On! But Ms Dolly Gilmore’s ‘Sweet Sweet Man’, like the Ad Libs with no apparent connection to the bona-fide original artist. Sammy Gaha’s ‘Thank You Thank You’ is perhaps the most famous record on the label reaching £300 or so in price although this is a French recording issued first on Gaha’s own promo and then in a picture sleeve on Barclay revealing Gaha to be just a little white. In addition there is a disco/funk record by Heem and a rumour that Rozaa and Wine’s ‘Disco Boogie Woman’ which did come out on Godin’s UK Right On! label came out on this Canadian imprint as well. If true, the last of these is most surprising because when I asked Godin, a few years before his 2004 death, about Canadian Right On! he claimed absolutely no knowledge of it at all. When one considers all of the above, it has to be one of the strangest circumstances I’ve ever encountered in music. And to round it all off, Chris Bartley’s ‘I See Your Name’, one of UK Right On’s better releases, was issued in Canada on the Extra label (probably promo only) again, not helped by a misprinted label stating him to be Christ Bartley, for this reason if no other it is a rare 45.

Another rarity on Canadian label-only is from the southern soul artist Lotsa Poppa who cut rather a Solomon Burke figure in his heyday and was named by Sam Cooke and Dinah Washington (real name Julius High Jr, he recorded once as Little Julius on Diamond). His versions of ‘Tennessee Waltz’ and ‘She Ain’t Gonna Do Right’ recorded whilst touring Canada saw a limited promo run (like Sammy Gaha in France not on a named label) before occupying one side of a very rare picture sleeved E.P. on the Lotta Soul imprint. Possibly of more interest to Northern Soul fans is the other side which finds Montreal white soul band The Persuaders covering Bobby Bland’s ‘With These Hands’ in an acceptable manner but one which could never compete with the great man himself.

Just like the UK, Canada had a tradition of West Indian immigrants from the mid-fifties onwards and ultimately a tiny handful of these were to record soul music. Prime amongst these must be The Mighty Pope. His unusual name actually came from a piece of land his father owned in Jamaica that was thought to be shaped like the Vatican! Pope’s actual name is Earle Heedram, at the age of 20 (1965) he emigrated to Toronto and soon found himself performing R&B/Soul as lead singer of the Shieks. Other vocalists in The Shieks included Jackie Opel and one Lynval ‘Eddie’ Spencer (yes, the ‘If This Is Love’ guy on Arc, certainly one of the greatest Canadian-only soul 45s). Pope’s next move was to replace transvestite singer Jackie Shane in Frank Motley’s band The Hitch-Hiker’s as lead vocalist. Two rare albums for the Paragon label in 1969 and 1970 provide a pleasing mix of covers and original numbers. A one-off release on the Heart label ‘Mr Fortune’ was the Hitch-Hikers swansong. Eventually The Mighty Pope became a solo artist signed to RCA Canada and an eponymously titled album in 1977. The year before saw Pope’s version of Jesse James’ ‘If You Want A Love Affair’ released and being not-too-dissimilar to the original is, not surprisingly, a UK in-demander. I suppose I would take Jesse James but only marginally as Pope does a fine job on vocals.

The Canadian-only theme is one I will return to at some other point but I’ll leave with a brief oddity in the shape of ‘True Patron Of The Arts’ by The Queen City Show Band. In recent years this Ramsey Lewisish instrumental has seen a little demand, it was released on Pow! Records in the US and Page One Records in the UK where the band itself was credited as Patron Of The Arts. The Canadian version however, on Barry, is a vocal to the track – a bit blue-eyed for me but indicative of the kind of strange quirk that records can throw up all around the world.
‘Til Next Time
For our FREE on-line rare soul price guide go to www.raresoulvinyl.co.uk
Posted by Tim Brown at 11:01 1 comments